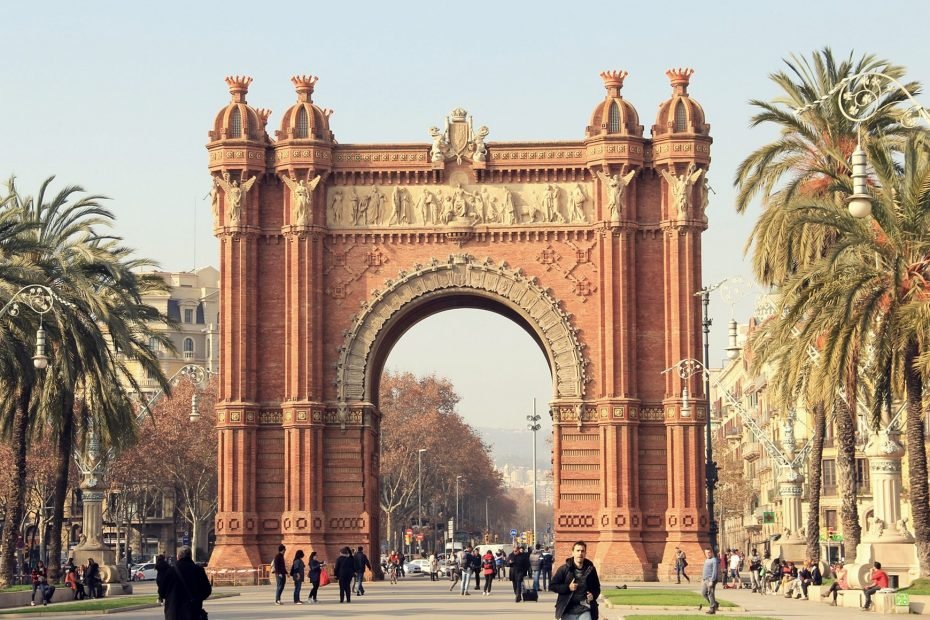 Spain is located in the most southwestern part of Europe with a population of more than 46 million. The country has renowned sandy beaches, one of a kind historic structures and insanely good cuisine.

The Iberian Peninsula is one of the most multicultural regions of Europe so that the country has always held a unique position throughout the history of the continent. Now, Spain is one of the most visited countries in the world thanks to its remarkable cultural heritage.

Although the only official language of Spain is Spanish, there are many other languages spoken in certain regions of the country such as Basque, Galician, and Catalan.

Madrid is the capital city of Spain and located in the central part of the country. Madrid is also a prominent cultural, economic and historic center of Spain.

Spain has only 1 time zone. The country follows the Greenwich Mean Time GMT +2.

The currency used in Spain is Euro (EUR) as in most other European Union countries. There are many currency exchange vendors and banks in city centers.

Spain is ranked as 14th richest country in the world in terms of GDP per capita (nominal), therefore a high standard of living is experienced by its citizens. Spain has a versatile economy and is one of the most prominent countries regarding economic activities such as tourism, automotive industry, and agribusiness.

Spain is located in the southwestern part of the Europe, in the Iberian Peninsula. The country has access to both the Mediterranean Sea and the Atlantic Ocean. Its neighbors are Portugal, Morocco, and France.

Although Spain has a warm and welcoming climate in all seasons except for the mountainous northern part, it is recommended for you to visit Spain during late spring or summer. In these seasons, there is a lesser chance to rain and the country becomes much more vibrant.

How to Get to Spain?

The flight duration to Madrid from İstanbul is 4 hour and 30 minutes.

The flight duration to Barcelona from İstanbul is 3 hour and 45 minutes.

Spain has an extensive and convenient public transport system. You can use buses, trams, subway, and taxis to get around in cities. Almost in every region, you need to buy a rechargeable card to use public transport. The cards are available in stations, stops and kiosks.

For detailed information about fares and timetables in Madrid please visit the official site from here. The site is available in English.

For detailed information about fares and timetables in Barcelona please visit the official site from here. The site is available in English.

Madrid-Barajas Adolfo Suárez Airport is located 15 kilometers away from the city center. You can get to the city center with bus, train, metro, and taxi.

There are also many taxis available in the airport 24/7. The trip to the city center takes approximately costs 30 Euros.

Josep Tarradellas Barcelona-El Prat Airport is located 14 kilometers away from the city center. You can get to the city center with public bus, direct bus, metro, and taxi.

L46 day line and N17 night line connect the airport to the city center departing from Terminal 1. L46 is available every 15 minutes during the day and N17 is available for every hour at night.

Direct buses are available from 5.35 AM (morning) to 01.05 AM (night) departing from Terminal 1. The trip costs 5.90 Euros and takes approximately 35 minutes.

There are also many taxis available in the airport 24/7. The trip to the city center takes approximately costs 30 Euros.

Places to Visit in Spain

Spain is one of the most visited countries in the world with its countless historic landmarks, one of a kind cultural heritage and natural wonders.

Although La Sagrada Familia is still on construction, it is one of the most magnificent churches in the world and listed on the UNESCO World Heritage List. The basilica is located in the heart of Barcelona.

Puerta del Sol is the main public square of Madrid. There are amazing historic landmarks in and around the square from various eras of history.

Park Güell is a public park filled with gardens and unique landmarks, sculptures and buildings. Park Güell is walking distance away from Barcelona city center.

Where to Stay in Spain?

Madrid and Barcelona offer a variety of accommodation options for its visitors ranging from international backpacker hostels to luxury hotels.

It is recommended for you to stay in hotels around Malasaña district in Madrid since the district is home to many top-notch cafes, restaurants and bars. Malasaña is also walking distance away from the many popular attractions of the city.

Barcelona has various accommodations options to its visitors. Gothic Quarter in the city center would be the best choice for first comers since it is next to the sea and close to many popular attractions.

What to Eat in Spain?

Spain is an amazing country for culinary enthusiast visitors. Spain has a refined and rich cuisine with recipes mostly consists of vegetable, beef, spice, and pastry. There are also many top-notch restaurants that offer delicious traditional dishes as well as globally known dishes. Keep in mind that, Spanish kitchen varies greatly from region to region.

Tapas is the renowned appetizers of Spain cuisine. Tapas vary greatly from cold to hot or spicy to sweet.  “Txapela” in Barcelona offers a great range of traditional Tapas.

Paella is a Valencian rice dish made with onions, peppers, tomatoes, garlic, and olive oil. “Tapa Tapa Barceloneta” is one of the best places to taste traditional Paella in Barcelona.

Tortilla is the Spanish way to make omelets. “Casa Dani” in Madrid offers one of the best Tortilla in the city as well as other traditional Spanish recipes.

Spain is home to incredible landmarks, beaches, history and culture, as well as many authentic souvenirs. In Spain, you can buy traditional flamenco clothing, Castañuelas instrument, Spanish fan (abanico), pottery, olive oil, cheese, and saffron. Most of these souvenirs are available around central tourism destinations such as Salamanca district in Madrid and Gothic Quarter in Barcelona.

Things to Know Before Visiting Spain

Madrid and Barcelona offer a wide range of nightlife options to its visitors. There are many live music venues, pubs, dance clubs, and rock bars scattered around the city centers. While pubs and restaurants are usually closed before midnight, many bars and clubs are open until dawn.

Chueca district in Madrid and Las Ramblas district in Barcelona have the best nightlife in their respective cities.

Although listed holidays are celebrated throughout the country, there are many other regional holidays such as regional community days or the Feast of St. John the Baptist. Also, some religious days are subject to change every year such as Easter Holiday or Eid Al Fitr (End of Ramadan).

Spain is one of the Schengen Area countries and mandates an application process to its visitors. The application of up-to 90 day visits is possible through private visa application companies which are endorsed by the national embassy of Spain. For further information, you can check the official site from here.

Do people in Spain understand English?

Yes, most of the people in Spain understand English and they are more than happy to help you with directions, popular attractions, etc.

Is Spain an expensive country?

No, Spain is a budget-friendly country in comparison to other European countries.

Yes, public tap water in Spain is safe to drink and tested every day.

Yes, Spain is one of the safest countries in European Union. However, visitors should be cautious about pickpocketing in various means of public transport and in crowded areas.